EPA Issues a Death Sentence Public Employees for Environmental Responsibility keeps track of these things while... 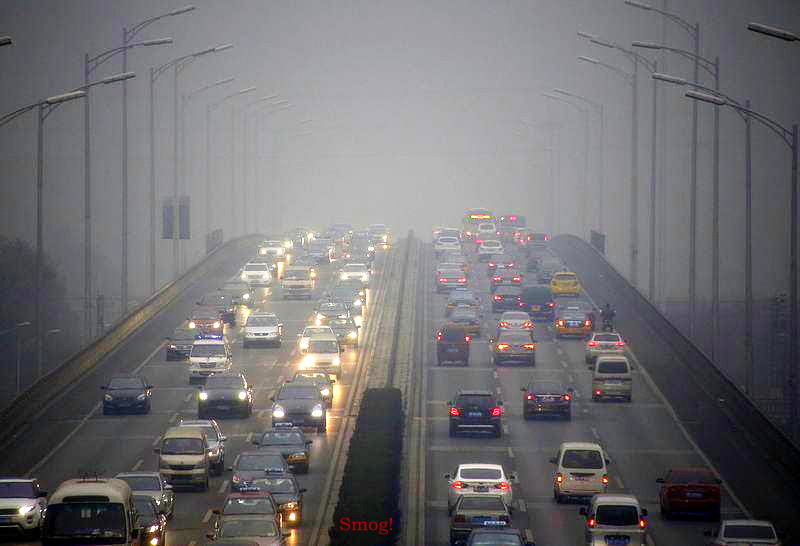 EPA Issues a Death Sentence Public Employees for Environmental Responsibility keeps track of these things while supporting public employees who are sincere in carrying out their duties to protect our environment. Here's their latest communication regarding the return of smog to your neighborhood.

Tropospheric, or ground level ozone (aka smog), is created by chemical reactions between oxides of nitrogen (NOx) and volatile organic compounds (VOC). This is when pollution from autos, refineries, powerplants, and other sources reacts with sunlight.

The result is ozone at ground level (aka bad ozone) that damages the airways, aggravates cardiovascular impairments and lung diseases such as emphysema, chronic bronchitis, and asthma. It factors into premature death from respiratory ailments.

So, what is EPA doing?

PEER caught the agency issuing guidance significantly increasing the allowable amount of ozone transport from an upwind state to a non-attaining downwind state. This will make it harder for downwind states to invoke the “good neighbor” protections under the Clean Air Act and meet national ambient air quality standards.

In an August 31, 2018 memo to all Regional Air Division Directors, Peter Tsirigotis, Director of EPA’s Office of Air Quality Planning and Standards, raised the amount of “upwind contribution” from 0.70 ppb (parts-per-billion) to 1 ppb, a more than 40% increase.

Thus, with a flick of the pen, this EPA guidance condemns hundreds of unlucky downwinders to early deaths every year. That is because downwind states will have to accept more ozone from their upwind neighbors before EPA will step in and invoke the Clean Air Act “good neighbors” safeguards. Instead of promoting good neighbors, EPA is running down the whole neighborhood.”

In 2015, EPA tightened the overall National Ambient Air Quality Standards for ozone. Since Trump’s inauguration, EPA has been chipping away at ozone protections, such as a behind-the-scenes move this spring to allow industry to exceed current ambient air standards over rivers, mountains, and other remote areas.

Meanwhile in a move of stunning hypocrisy earlier this month, acting EPA Administrator Andrew Wheeler issued an all-employee email stressing “the importance of elevating human health and environmental risks.” Presumably, this request excludes risks created by Wheeler and his team.

The big political picture in the USA is about to change.